New constituency names and boundaries are going to be in effect in Saskatchewan come the next Provincial election set for 2024.

The list of recommended constituencies in the Final Report that concern the West Central region are as follows:

A link to the full document can be viewed through the link above (photos of Kindersley-Biggar and Rosetown-Delisle below), and here is House Speaker for the Legislative Assembly of Saskatchewan, and also Biggar-Sask Valley MLA Randy Weekes with more on the recent move that will affect the area.

"The process of the boundary change, it's every ten years there is a census, and by law through legislation there is a committee set up to look at any potential changes," said Weekes, as the committee sees one representative from the Official Government, one from the Opposition, and is chaired by a judge looking at any boundary changes based on legislation that existed.

Some of the public hearing's commenters with input from the area were Mayor of Perdue Terry Fyson, and Former Mayor of Biggar Ray Sadler. 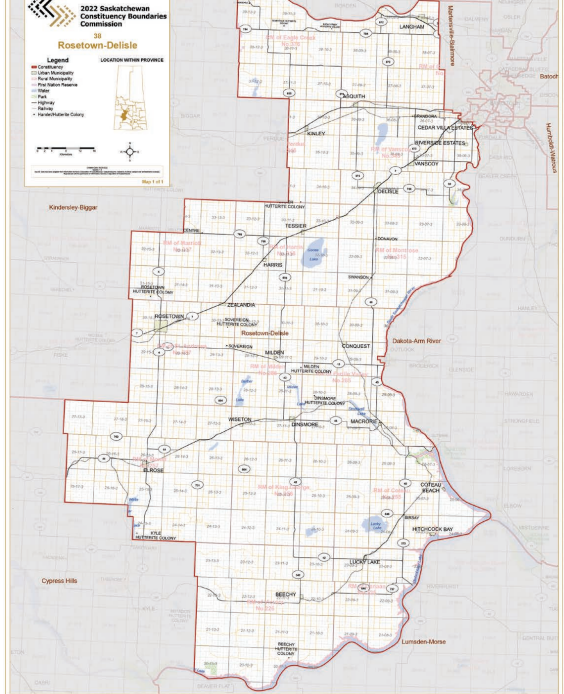 Local RCMP on the lookout after individuals flee from police

There are no active listings.