At Wednesday's regular Legion meeting three members of the public became new members of the Royal Canadian Legion. Outlook Branch president John McPhail says that the new and exciting stuff happening with the local Legion might be the reason they joined, but can't be sure.

Saturday June 4th will mark a monumental day for the local service club as they officially open the new Veteran's Memorial Park on the corner of Saskatchewan Avenue & Mackenzie Street in downtown Outlook.

McPhail emphasizes that the park is easy to find, and the landscaping should be completed in time. It brings together 3 war memorials that we're once spread around the town.

Join the June 4th opening ceremony at 2pm as they dedicate the area for remembering veteran's sacrifice past and present. It will feature greetings from area dignitaries, and followed by a formal reception at the Outlook Civic Center. 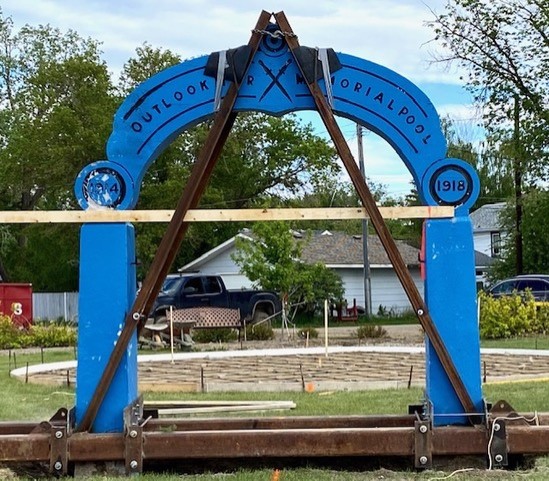 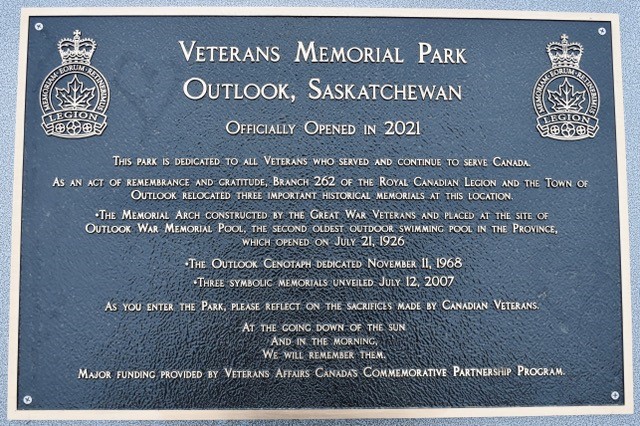 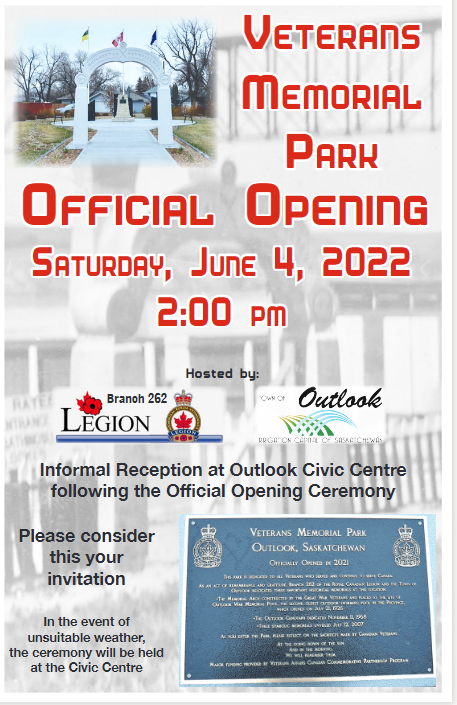